While the project was controversial within the community, the development known as One South in South Redondo Beach is nearing completion and the residential units are now pre-selling. Located at 1914 Pacific Coast Highway in Redondo Beach, the community consists of 52 residential units with retail below. The homes will consist of a mix of 1, 2 and 3 bedroom condos and townhomes ranging between 860 to 1,950 square feet with modern architecture, open floorplans and all of the bells and whistles buyers expect in new construction. Wtih close proximity to the Riviera Village shopping areas as well as the beach, the community offers a nice community feel in a pedestrian type setting.

New construction townhomes just seem to keep rising dramatically with homes seeming to go up about $100K a year for new construction, detached two on a lot townhomes.  Here’s the sales of detached townhomes in North Redondo Beach built in 2017 and 2018.

Something none of us thought possible seems to be happening in North Redondo. We were amazed when prices of new construction two on a lot detached townhomes reached topped $1,000,000 in 2014, again  when they hit $1.2M mark in 2015….we were again surprised when it

started topping $1.3M…and here we are in 2018 with a new construction townhome listed and priced over $1.5M!  1729 Harriman #A offers 4 bedroom and 2551 square feet which is pretty standard.  The rear unit was listed at the same number and is actually in escrow so we may just be heading to a $1.5M+ market.  Unbelievable.  Contact us for more information.

While most new construction townhomes in North Redondo Beach have been pricing in the mid $1.3M to $1.4M these new homes on Harriman just may set the new standard.  It seems unlikely but we’ve said that before.  Only time will tell. 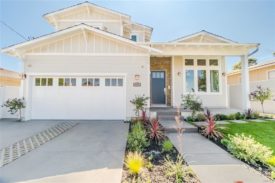 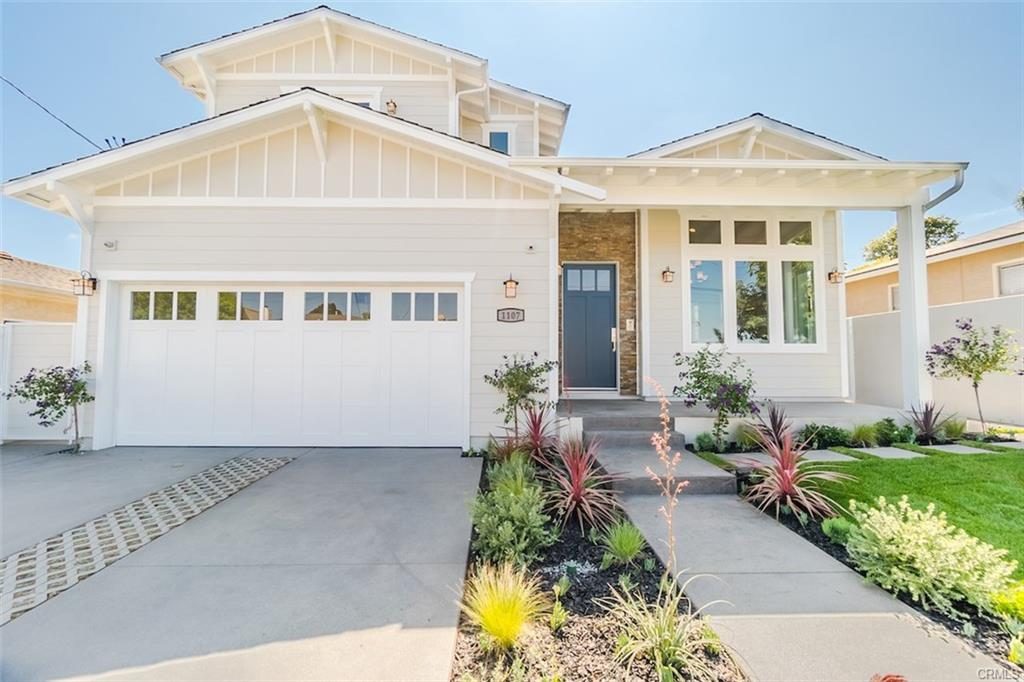 1107 Goodman.  Listed for $1,890,000 the home quickly sold at full price after just 5 days on the market.  Sitting on an oversized, 5,215 foot, lot (more than double the normal lot in the area) this was brand new construction and something very hard to duplicate in this neighborhood.  Listed by Aaron Klapper of Strand Hill Christies International this was definitely a trophy house.  Per the listing description:

Welcome to this spectacular, brand new contemporary craftsman home in the heart of Golden Hills. The living room invites you in with soaring ceilings, lots of windows, and the first of three stunning stack-stone fireplaces. The open concept leads to the formal dining area, perfect for warmly entertaining family and friends. There’s an elegant powder room, and guest suite with built-in closet cabinetry and en-suite bathroom. Moving towards the rear of the home, the stylish kitchen has a large center island with quartz counter-tops, prep sink, and drawer microwave. The deep stainless steel farmhouse sink, soft close drawers, Thermador six burner stove and hood, butler’s pantry, walk-in pantry, and breakfast nook lend to this kitchen being as functional as it is chic. The comfortable family room with fireplace has large sliding glass doors that effortlessly lead to the peaceful back yard, creating that indoor/outdoor lifestyle you crave. Head upstairs to find the serene master suite with vaulted ceiling, fireplace, multiple closets, and large sunny balcony. The luxurious master bathroom has a contemporary soaking tub, large rain shower, and skylight. There are three other bedrooms upstairs, two sharing a jack-and-jill bathroom, and the other with en-suite bathroom and balcony. Other fabulous features include high ceilings, recessed LED lighting, European white oak engineered wood floors, quartz counter-tops, 8 foot doors, and of course, sought-after Jefferson school district.

There’s no doubt that this market continues to amaze.  What would have been considered unheard of a year ago is now becoming standard. Nowhere is this more clear than in new construction detached townhomes in North Redondo Beach.  See our real estate explained…two on a lot detached townhome in Redondo Beach to better understand this unique townhome style.  It wasn’t all that long ago that we were fairly surprised by these homes topping the $1,000,000 but those purchases are now looking like steals.  We kept the chart below limited to only new construction in area 151 (of North Redondo Beach) with similar square footage so this was an apples to apples comparison and the price increases are fairly amazing.  2014 priced just under $1,000,000 with 2015 prices starting near $1,060,000 and reaching $1,250,000.  Currently the only 2o16 built home (with around 2500 feet) just hit the market at a whopping $1,399,000.  While we can’t imagine they’ll get anywhere near that, it will be a great indicator as to just what these homes will sell at in 2016.

Two new Amir Amiri townhomes hit the market this week in North Redondo Beach at a fairly incredible $1,200,000 price tag.  It wasn’t long ago that we were fairly amazed to see these North Redondo Beach new construction detached townhomes near the $1.0M mark but that sounds like a bargain just 18 months later.  The most recent closed sales priced at $1.050M with the latest listings priced at $1.2M.  These two on a lot townhomes n both North and South Redondo have continually increased in value over the past 2 years and has created high demand from builders for larger lots with smaller or tear down type homes.